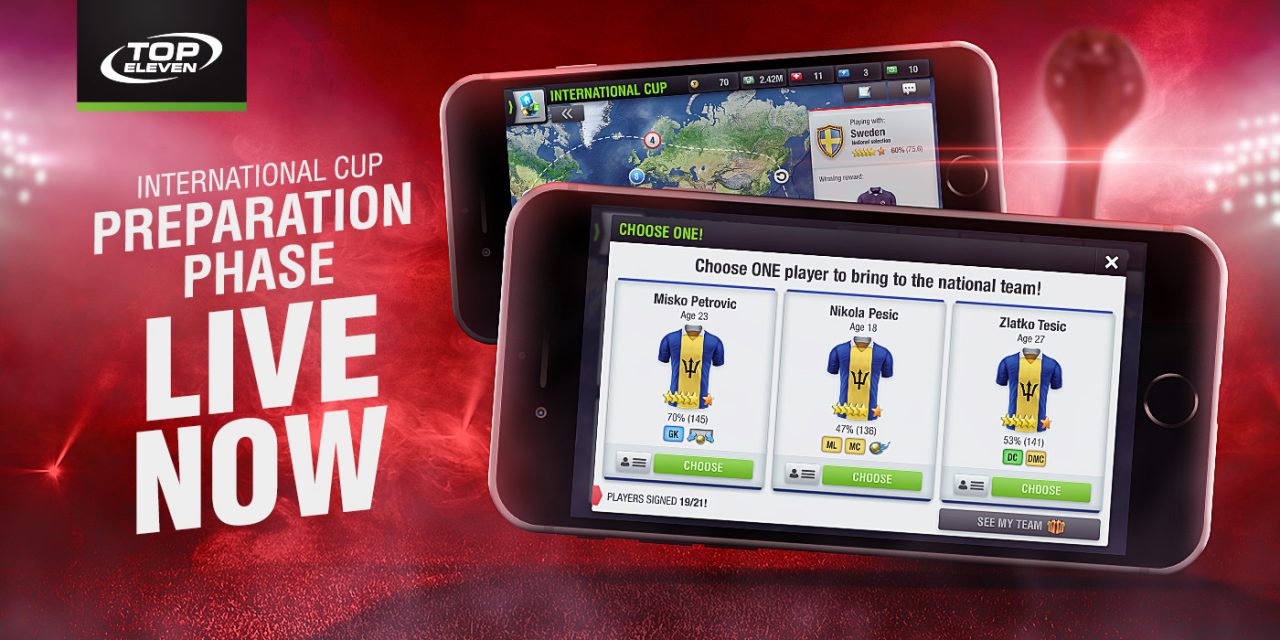 Travel across the globe, scout your nation’s best players and prepare for the biggest Top Eleven tournament ever! The Preparation Phase for the International Cup kicks off today!

On May 22nd, we released Top Eleven version 7.0 on all platforms: iOS, Android and web-browser. We bring great news and improvements to our Managers and below you can find the full change-log:

– Ready for the most important football event in the world? In Top Eleven, you will be able to experience this excitement by leading your national team in the upcoming International Cup! In this new feature, you will lead and develop a second squad, which is already qualified for the main tournament. Before the tournament, there will be a Preparation Phase, which will give you one player after each victory. Once that phase is over, the International Cup kicks off and you’ll compete against other Managers’ National teams for a chance to win a special trophy and great rewards. The Preparation Phase and International Cup will repeat 3 times, so Managers will have more chances to build their teams and win challenges. Also, new Managers will be able to join in on the fun. Winning the International Cup multiple times will also bring increasing rewards!
– During the period of the Preparation Phase and International Cup, each victory in the League will grant more rests to our Managers!
– Managers can now play Top Eleven in one more language: Mexican Spanish!