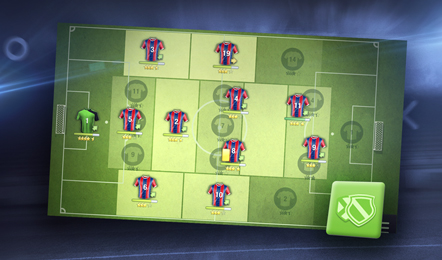 Welcome to Top Eleven 2018! On Nov. 8th, 2017 we released Top Eleven version 6.0 (Top Eleven 2018) on all platforms: iOS, Android and web-browser. We bring great news and improvements to our Managers and below you can find the full change-log:
NEW
– We are introducing a New Formation screen in the Squad menu, which will give you endless control and freedom to find the perfect formation for your squad. With the all-new open pitch, you will be able to position your players exactly where you want!
– In alignment with this new open pitch, the roles DML and DMR no longer exist in the game. DML players are converted to DL while DMR to DR, and all Managers can put these players as much backward or forward as they want, as the formations are fluid now. – The debut of the new Matchup view, where you’re able to see your next opponent’s formation next to yours. The color of the pitch changes indicating the level of control in a certain area. All changes made to your Formation are now automatically saved. -A new Set-Piece Takers menu lets you easily choose which players will take your spot kicks.
IMPROVEMENTS
– Managers who haven’t developed all their stadium units will be able to do it faster now. We’ve shortened the time for development of new constructions and those in progress will be concluded according to the new timer.
UPDATES
– Updated in-game music, icons and loading screen. – The “loan” option was removed from Association tournament after systematic reports of our community due to abuse of the gameplay.
Note: This is a forced update. Devices with Android v. 4.0.3 and v. 4.0.4 won’t be supported anymore.